Born in New Orleans Louisiana, and raised in South Central Los Angeles, Sydney Justin comes from a very talented and athletic family.  Sports and music played a major role in his life as a young man.  He participated in church choirs, high school talent shows, and the performing arts.  In his senior year of high school he attended Otis Art Institute in Los Angeles for gifted young artists on a full scholarship.  Nevertheless, football and music are his passions.

While in high school, Sydney had the opportunity to perform on the Animal House movie soundtrack singing back up on the songs, “Shout” and “Sham ma lama Ding Dong” that the character Otis Day and the Nights lip-synced to.  Later he sang and worked with famed record producer Hawk Wolinski on the “Wild Cats” Movie Sound Track.

Even though Sydney never played high school football, being an All State Gymnast, he and his three brothers all played college football on athletic scholarships, all Defensive backs.  Sydney played for Southwest Junior College taught by his mentor coach Ray Denham and then on to Long Beach State University where he achieved all conference honors and awarded the player of the year with eleven interceptions.  Three out of the four brothers went on to play football in the NFL, Kerry with the Seattle Seahawks and Tyrone with the San Francisco, Forty Niners.  Sydney signed with the Los Angeles, Rams and was fortunate enough to be a part of SuperBowl XIV vs. The Pittsburgh, Steelers.  He also played one season with the Winnipeg Blue Bombers in the Canadian Football League and a couple of years with the Indianapolis Colts.  Younger brother Robert received a full scholarship to Idaho State University.  Although Sydney played professional football for a short time due to a neck injury, his dreams and aspirations to become a football coach, singer, songwriter, and music producer were still in his future.

After playing professional football, Sydney knew coaching would be his next step.  He began working with Dr. Harold Daniels (Harbor Junior College football) as a coach, scout and counselor.  Later he began coaching on the high school level at Westchester High School in Los Angeles California. He was than offered the Defensive Coordinator position at Granada Hills, high school.  After two years, the Ventura Cardinals a Simi Pro football team called, offering a position as the Defensive Coordinator and Defensive Back coach.  Sydney took the offer hoping it would get him closer to the next highest level.  Unfortunately the Cardinals organization didn’t last more than one season due to financial problems.  From there he accepted an offer to coach the defensive backs at Taft High School in Woodland Hills, California where that year the team went to the 5A City Championship game.

After playing professional Football Sydney began working with Sylver Spoon Production Company along with Famed Record Producer Leon Sylvers.  During that time he was a part of their song writing team, working with Artist such as Glen Jones, Shalamar, The Whispers and Lakeside, just to name a few.  Shortly after, Sydney joined the group Shalamar with Mickey Free and Delisa Davis, Sydney as lead singer.

Sydney Justin is an extremely talented and ambitious young man with the ingredients for Superstardom.  He has the right feel and the Asia sound for the future of R&B music.  The song “Loves Grown Deep” from Shalamar’ s Circumstantial Evidence album was produced by L.A.  Reid & Babyface, it became #1 and stayed at the top of the charts in Asia for over six months.  Working with L.A. & Babyface, Sydney developed a real talent for production.   His abilities lead him to writing and producing songs for soundtracks such as, Lambada (the forbidden dance) where he worked with the artist, Tony Terry on the soundtracks best song of the C.D. “Tease Me Please Me”.   Sydney also sang on Bobby Brown’s hit song “Every Little Step I Take” written and produced by L.A. & Babyface.  Other credits include his tours with acts such as, The Gap Band, Roger & Zapp, Alexander O’Neil, Rose Royce, Earth Wind and Fire and other artists around the world.  With regards to the album “Wake Up” recorded by Shalamar in 1990, half of the C.D. was written, produced, arranged and performed by Sydney.  The album contained a remake of the Beatles hit “Come Together” which was done in a funky

hip-hop style, Including a Spanish rap.  It was the first of it’s kind, blending Hip-hop, Pop, Spanish Pop and Soul.  The ballad “I’ll Give U Love” introduces Sydney’s sultry and unique style reminiscent of Marvin Gaye and the smooth sex appeal of Smokey Robinson.

Currently Sydney is actually the lead singer for the legendary vocal group “The Miracles” which was formally “Smokey Robinson and the Miracles” the group that started Motown records.  Sydney has become successor to Smokey and many say he has taken the sound and the songs to new heights. With his mesmerizing sexiness and excitement, the Miracles have made it back on the map after a long hiatus, since former lead singer Bill Griffin (Love Machine) left the group in 1978.  The Miracles just celebrated their 40th Anniversary and with Sydney The Miracles also have performed in major casino’s in Las Vegas, Atlantic City, Reno, Nevada and many other venues around the world, including a Christmas Tour with the United States of America Air force Band and Orchestra, throughout Europe.  With the Air Force Orchestra Sydney and the Miracles also preformed a number of concerts at Constitution Hall in Washington D.C. for Vice President Al Gore and many other U.S. and worldly dignitaries.

At 5’11” 190lbs athletic and charismatic, Sydney would have to be ranked in Peoples Magazine as one of the top 10 best looking men.  He enjoys playing basketball, coaching football, eating sushi, going to the movies, song writing, enjoying hip-hop music, writing screenplays and love’s playing Golf.   Sydney has participates in many celebrity golf tournaments, for different charities and feels that golf is the best game in the world, besides Football of course.

Coaching Football is one of his most celebrated talents.  Sydney has coached many, many, athletes and is noted for his extreme precision in back peddle technique with great success and real results. He has been coaching Defensive Backs, Wide Receivers and Special Teams since his college football years.  From high school athletes to professionals, Sydney Justin is well respected as one of today’s best Defensive Back coaches.  Many of his students have had successful college and pro careers. Which include his brothers Kerry, Tyrone and Robert, his

As member of the NFL Players Association Sydney is involved with many football coaches clinic’s and camps, and enjoys every minute of teaching young athletes.   Football is such a great part of his life, he Created “Professional Athletes Alliance” an organization that specializes in the development of young student athletes around the world.  Offering college scholarships and opportunities to many under privileged and at risk youth.

As an artist and coach, Sydney is committed to excellence and is a perfectionist wanting to offer the world his absolute best.  His favorite musical artist are Marvin Gaye, 2-Pac, the Notorious B.I.G., Dr. Dre`& Snoop Dogg, D.J. Quick, Janet Jackson, Alicia Keys, Earth Wind and Fire and Mint Condition.  He is determined to one day become a musical Icon like many of the artist he respects and admires.  With God as his guide, he has already accomplished many miracles and there are more miracles yet to come. 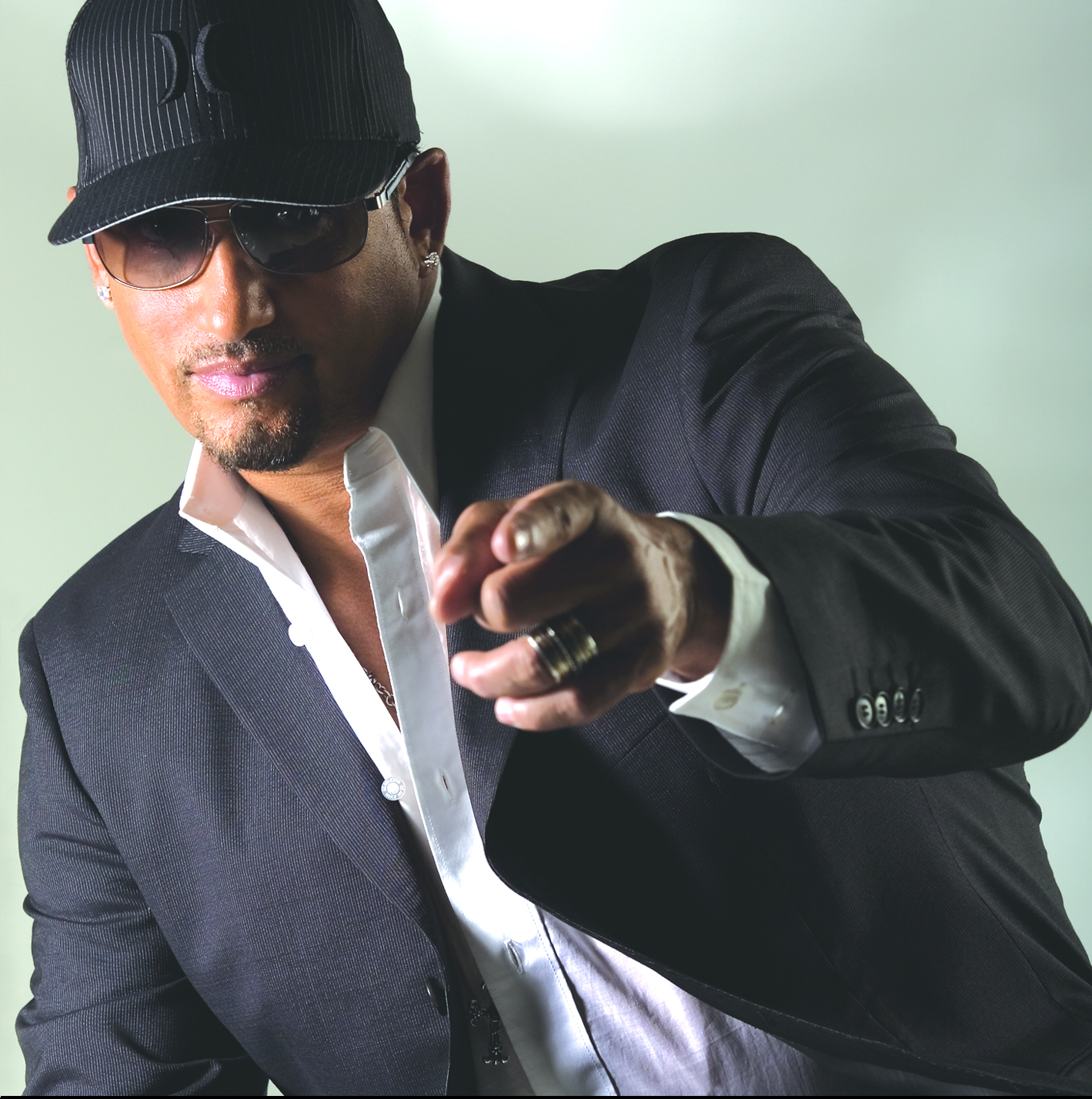 “Even the knowledge of my own fallibility cannot keep me from making mistakes. Only when I fall do I get up again.”